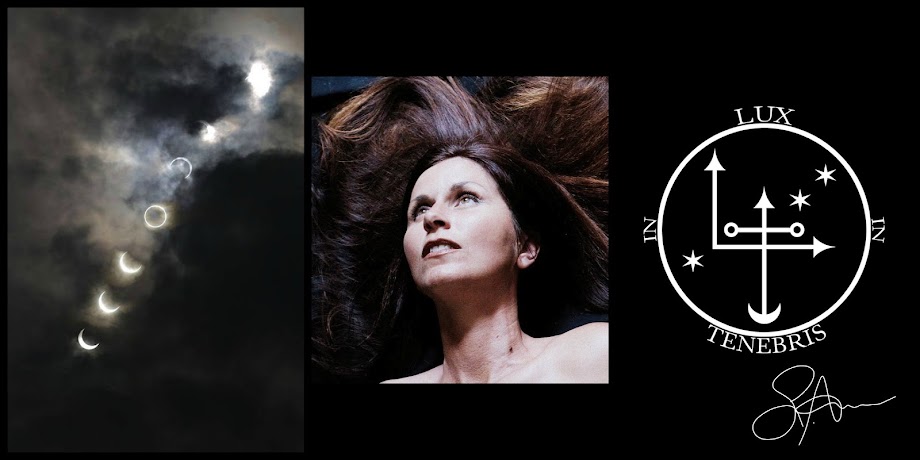 My friend, and often times co-writer, Melissa Saint Hilaire and I decided to take a spur of the moment field trip to the Mountain View Mausoleum in Altadena to scout locations for an upcoming enormously exciting not-so-secret-secret-project that has nothing to do with alternative religions. Little did we know what we were in for...

Melissa and I hadn't gone exploring together since the Black Star Canyon ghost hunting fandango almost nine years ago, and although entertaining, it was a total wash out (except for the crazed rednecks waiting for us in their monster truck as we left the canyon at around midnight. Luckily, we scared them more than they scared us, but I've seen that scenario in a movie before, and it normally ends in either tears, death, or squealing like a pig).

The ground floor of the mausoleum was dazzling with rose windows, murals spanning the ceilings, and lots of Italian marble and dead people. Quickly, we realized we had the place to ourselves and got down to investigating.

I was delighted to spy these eight-pointed stars on the second floor. Informally known as the Star of Isis, I used to come across the exact symbol etched into rock at the various mystery spots in the Languedoc region of the South of France where I lived for many years ( for those in the know, I think it was an attempt to mark out the points on David's Wood's original pentagram in Genisis. For those not in the know, David Wood wrote a bonkers book called Genisis back in 1986 which basically introduced the Rennes (Rennes-le-Chateau) pentagram, and an increasingly baffling system of sacro-sexual geometry hidden within the landscape -- it's a must read if only for the 'Ass of Set'). Why the star of Isis? You's have to ask the sorcerer who's been carving them all of these years. I mean there are eight points to the Pagan Wheel Year, not to mention the seal of the prophets, and, of course, King Solomon -- and all of his barking seals.


Not being well versed in Masonry, I don't know if that's the 'high twelve' in the plates above, or the 'low twelve' -- or if it would be considered the twelve points on the fully expressed circle. 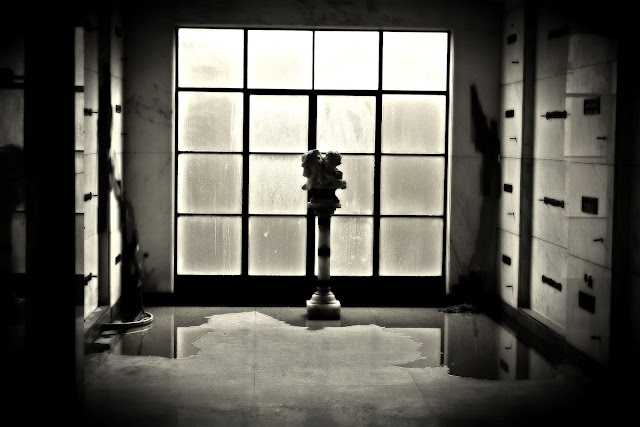 The third floor was fairly desolate. With scores of long-dead flowers, and piles of broken furniture hoarded into the corners, it was obvious no one came up there any more. While passing by a darkened alcove, Melissa and I froze in our tracks, both having felt an icy chilly emanating from it. Kneeling next to the enclosure using her iPhone as a torch, Melissa read the names from inside. "Elizabeth," she said. "Eeelliizzzaaabethhhh....Shhhhh.....! something angrily whispered back. We high-tailed it down the stairs, laughing as we hit the bottom. Not gales of laughter, but nervous, adrenaline laced laughter. Afterwards, we jimmied the lock and checked out the chapel, but there was nothing to be found that wasn't of the waking world. Calling it a day, we reckoned we'd probably more than worn out our welcome.

Much love from where the worlds touch. 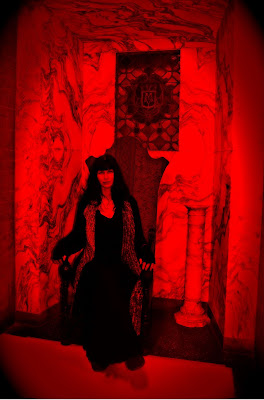 Posted by Scarlett Amaris at 12:02 PM

"I must be a mermaid, Rango. I have no fear of depths and a great fear of shallow living."— Anaïs Nin 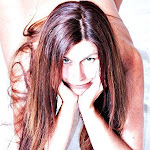